Finding treasure in the whimsical, warm and mysterious Essex estuarylands

I wandered down lively Canvey Island High Street towards the starting point of the walk, passing by market stalls filled with all sorts of items from fruit and vegetables to children’s toys. An array of hanging tracksuits lined the corner of the street. An elderly lady with an overfilled shopping trolley peered through the window of Canvey Paradise Jewellery at vintage amulets. I continued until I reached the end of Furtherwick Road where the route begins.

Canvey Island is a reclaimed island in the Thames estuary, it has an area of 7.12 square miles and a population of 38,170. I’ve only visited the island once before, on a foggy winter’s day over a decade ago. I remember standing by the shore of Concord Beach, it was bleak but beautiful, the sea was shrouded in a white haze and crushed coloured seashells adorned the ground. It felt positively otherworldly and cut off. I remembered tales I had heard, about the Canvey Island monster found washed up on shore and the 1953 flood that claimed the lives of the 59 islanders. The island, like much of the estuary, is steeped in history and stories.

Earlier on in the week, while trawling through the Slow Ways website trying to pick a place to walk, I was surprised to find a Slow Way that started from Canvey. The idea of walking out of the island towards another part of Essex appealed to me. Without much thought, I decided on Canlei One (Canvey Island to Leigh-on-Sea).

I downloaded the GPX file and opened it on the OS map app when I arrived. I was ready to go. The route was easy to navigate, it mostly weaved through footpaths in quiet residential areas before opening out to Castle Point golf course. I followed the sea wall along Benfleet Yacht Club. It was quiet, apart from the sound of wind chimes hanging from boats with names like ‘Runaway’ and ‘Escape’. I walked over the bridge into Benfleet and then crossed the railway line, making my way through the muddy, marshy fields at the foot of Hadleigh Country Park.

It was still, cold and overcast. Every now and again, a train flit across the edge of the marshes. On a hilltop, I could see the ruins of Constable’s majestic crumbling Hadleigh Castle. I looked at the app to see if I was on course. I was. It was a direct route and didn’t require too much navigation. I could enjoy the journey without worrying about getting lost.

Beneath the castle hilltop, I passed an older man and his dog in a tractor. We exchanged hellos and talked for a bit. He was from Basildon. He liked Basildon, with its stretching green spaces: Langdon Hills and Laindon. His best friend was his dog, Jack. I said goodbye after a bit and continued plodding down the muddy path. Soon enough I arrived in familiar Leigh-on-Sea. I walked on till I got to the beach where I sat for a bit watching the small sanderlings flit up and down the foreshore. It was mesmerising. I also began thinking about what to write in my review. Should I give it a 4* or a 5*? It was pleasant, walkable, but very marshy and there were a few times I felt like I was sinking into the ground.

After a while, I went for a wander in town. I discovered a garden for fairies, the trees had tiny doors and windows. It was whimsical and interesting, much like Leigh-on-Sea itself. I also discovered an aromatic garden for the blind. There was a squirrel enjoying a nut next to the plaque; the words were translated into braille. I wandered in and out of shops: ‘That’s Bizarre,’ ‘Puddle and Goose,’ and ‘Wish Lifestyle.’

Time passed and later in the day I found myself walking back at the seafront as the sun began to set. I took some photographs as I crossed the bridge. I began talking to a couple on the other side; the man, Matt, told me he was an open water swimming coach. He took people out to the sea by Two Tree Island and taught them how to swim in the open water. He told me he was in recovery, and it really helped. At the end of our conversation, we exchanged Instagram handles. I wandered by the foreshore and watched the sun set, and the ships pass.

As the sky darkened and it grew colder I walked to Metal, an artistic laboratory in Chalkwell where I would be spending the night. My sister Sofia and her friends, Rose and Heiba, were on residency at Metal. During their stay they were to explore what a curriculum would look like for an art school on the estuary. I wandered around the space; it was warm and interesting. There were maps of the estuary and works of local artists and collectives.

Sofia took me to meet a basket weaver, Selena. Strangely enough, we realised we’d met previously when we were both involved in the Thurrock Walking Festival. We talked for a bit, about Grays where Selena has lived all her life, and the different communities and places that make the area interesting. “People don’t go there unless they have a reason!” Selena exclaimed. I understood. I told her about my first trip to Grays, on a bleak winters day; a flurry of snow, I’d sat by the foreshore. I told her about Hi Ching, another walking volunteer, who’d opened up the area to me by introducing me to local people, showing me around and sharing stories. Local people make the best guides. Later that night I went with my friends to eat in Chalkwell and to hear about their experiences living and working in Essex.

The next morning I set off early, and I began my next Slow Way – Leigsou, (Leigh-on-Sea to South End). It was an easy, short and pleasant walk, one I’d done many times. The morning light was beautiful, and the path was punctuated by palm trees. Costa del Southend. It was uncharacteristically warm too. I walked by grand villas. The longest pier in the world stretched out into the distance beside Southend’s popular family-friendly Adventure Island. I arrived in the town centre before noon. It was colourful, frenetic, and vibrant. A Caribbean busker was playing a flute, a crowd gathered around him.

I decided to get the bus back to Canvey Island. The sun disappeared and the sky was overcast. When I arrived, I found a small fish and chip shop by the seafront. A lady parked her motorbike outside, music blared out when she locked it, and the elderly couples sat in the shop looked up startled!

After lunch, I walked up to Concord Beach. Beautiful murals celebrating the history, culture, and community of Canvey Island covered the seawall. I took photographs of my favourites ones. Most of the messages on the wall were inspirational: ‘a black belt is a white belt that never gave up’ (Phoenix Karate Club), ‘you’re never too old to have fun’ (U3A) and a few were a little wry: ‘your lost?’ My favourite read ‘Canvey Island is England’s Lourdes.’ The murals captured all the things that made Canvey unique.

Locals smiled and said hello as I passed. I spoke to a few – they offered insights into Canvey life. Linda and John were warm and joyful. They talked about Islanders and Island life and spoke of other Essex beaches they frequent. They told me to visit Labworth – an iconic grade 2 listed art deco building (now eatery) built by Ove Arup. I told them about Slow Ways.

Further on down, by a beautiful turquoise wall painting, I got talking to a man sat on a bench. His name was Peter May, and he was a local councillor. He told me he would often come here and sit on his lost father’s bench. When he was growing up they didn’t have much money so in the summer they would come to this spot and have picnics. One day his father jumped into the sea, he had seen a young girl bang her head and disappear under the water’s surface. He saved her life. He said his dad had been involved in Canvey Island Bay Watch. He pointed to a cool logo on the wall.

His family moved up from Walthamstow when he was young. Peter told me Canvey Island enjoys its own micro-climate. He spoke about his involvement in the community, the youth club and food bank. He told me about Princess Anne visiting Canvey to celebrate the work the community does. I told him about my walk to Southend and about my experiences working with communities in London. Peter was warm and friendly and down-to-earth. He spoke proudly of his home and heritage. As our conversation ended, I wished him well.

I wandered on to Thorne Bay beach where I tarried for a bit. I thought about visiting some of the island’s other gems: the Dutch Cottage Museum and Canvey Wick (home to Britain’s rarest insects) but decided against it. Instead, I looked for pretty seashells and pocketed some to add to my collection. It was bleak and gloomy, and freezing cold, but beautiful (as I remembered it.) Canvey Island had always felt like a mysterious and spiritual place, in a way that a lot of towns by the estuary do. Maybe it’s the way the waves ebb and flow, and the seabed reveals itself to you – filled with treasures – things lost and found.

After some time, as I felt my hands and feet begin to grow cold, I began the long journey home. On my way towards the bus stop, I bid farewell to the giant bee located at the centre of Canvey’s central park.

‘Your lost?’ I thought about it, not today. My first Slow Way journey rendered me found for a brief time. It was expansive and joyful. I walked both routes slowly and mindfully, connecting with wondrous and warm people, discovering new places, exploring new ideas, tarrying to watch the sanderlings and squirrels and the sun set and rise again.

I arrived back in London excited by the possibilities each Slow Way had to offer – the possibility to learn from and connect to the natural world and the communities that make our island so special. That night, I left two reviews on the Slow Ways website – both routes were highly rated – for whimsy, wonder and of course, functionality (mud an’ all!) 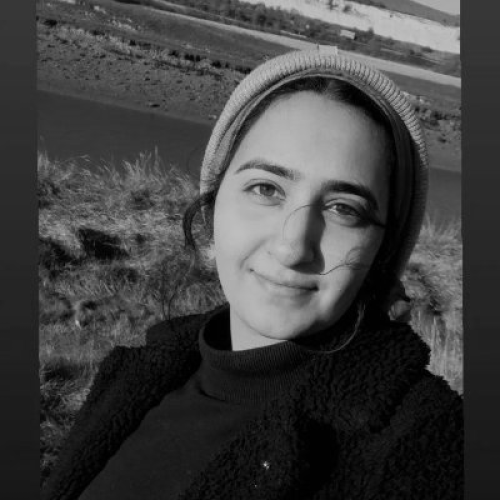 Saira Niazihttps://www.livinglondon.org/
For as long as she can remember, Saira's loved wandering around, discovering new places, talking to strangers and recording her adventures. When she was in school she would often bunk off and end up exploring markets, museums, city streets and suburbs. She leads wandering tours, writes, and is Slow Ways' Community Story Lead.
Previous article
Stop walking in circles
Next article
The hack day where it all began
Blog