Darren is beaten by Moretonhamstead to Exeter, but what better way to test the goods?

The initial plan was to walk from Moretonhamstead to Exeter, staying overnight on the route. Little did we know how ambitious this was!

We should have taken it as a warning when the Dart bus from Exeter bus station didn’t show up, but instead we adjusted our plans and decided to walk out from Exeter. It was going to be further to our overnight stop and we’d wasted about 45 minutes waiting for the bus. So at about 3.30 we set off to walk the 20km Slow Way Morexe three in the reverse direction from Exeter. It was November so we knew light might be an issue and we wanted to get started.

I’d checked the reviews and compared the four route options and downloaded Morexe three to my phone; this was the one with the best reviews and our accommodation on the way. The forecast was good and the rain radar showed no sign of rain. We set off.

And then stopped. I couldn’t upload the gpx file for this route to the OS app as it simply said “Sorry, something went wrong”. Fortunately, the Komoot app accepted it and we could get on our way. I have a paid account with OS which would provide maps when there wasn’t an internet connection but I didn’t have the premium Komoot account.

On again, and we headed across the river Exe, through the outskirts of Exeter and out towards the fringes on Dartmoor. Worryingly the sun was already low in the sky. It was quite a hilly route and mostly uphill on this direction. We were walking on mostly quiet country roads rather than footpaths to begin with and high hedgerows on either side meant the views were limited.

We made good progress but after about 8km it was now getting pretty dark.

We had a break on top of the hills looking down over Exeter and I thought I’d double-check our progress on the Slow Ways website on my phone. To my horror it plotted us to be directly on Morexe four, a route significantly to the south.

I quick improvised a course to get us back on track and we headed on the back lanes to the north.

Within about an hour we were back on the correct Slow Way but it was completely dark and the ground was muddy. With all the phone use and navigation my phone charge was low but I felt confident to carry on. We were becoming accustomed to walking along the roads in the dark, well lit by the moonlight and accompanied by the hoot of distant owls.

We headed on the road past Church of St John the Baptist by Holcombe Burnell and started heading down a rapidly deteriorating track. It was very dark and pretty soon my walking companion fell over and cut their knee. I hadn’t packed our first aid kit. We only had one head torch between us too! After a rest we carried on down the track into the woods with the one headtorch between us. It was OK – it was pretty bright!

We crossed some stiles and then got to a spot in the woods with a three-way fingerpost. The sound of rushing water nearby was quite disconcerting; it was very muddy. I checked the Slow Ways website to find our route but there was now no longer any mobile signal. We started down a footpath but pretty soon we had to give up as it felt like the footpath had become a river. Even with the headtorch we couldn’t see the way marked ahead. We tried to find another footpath higher up that showed on the OS app but couldn’t find a way through the hedgerows in the dark. We ended up standing in the middle of a field trying to find our way out in the dark. The compass on my phone wasn’t reliably showing the right direction either. I felt disorientated and my companion was starting to despair. They were wondering if their long-held fear that we’d one day end up sleeping in a hedge was about to come true!

It took a few minutes to compose ourselves and then follow a hedgerow back down to the original fingerpost.

It was quite a relief to be back at a point we recognised. It was still only 7.30 so we sat down to make a plan. Fortunately it wasn’t raining and suprisingly mild for early November. We decided that without a compass and good light we weren’t going to make it through this section. We decided to abort this attempt and get a taxi back to Exeter.

We walked back up the track past the spot where my companion hurt their leg and were glad to see the church ahead, and at that point the internet returned and I phoned for a taxi. After only a 15-minute wait we were in the car and within 30 minutes safely wrapped up in our hotel room in Exeter. Although who knows what the hotel staff thought about the amount of mud on our boots!

With hindsight I realised that we might have stood more of a chance if we’d packed:

and made sure to:

Also there are a couple of issues that I need to fix with the Slow Ways website. I need to:

So, despite having walked over 40 Slow Ways and 375km there are still so many things to learn.

(Puzzled where the dog food fitted in? Thankfully it’s a metaphor!) 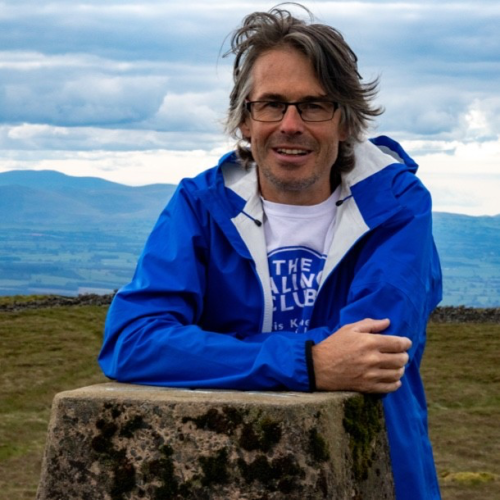 Darren Moorehttps://beta.slowwayys.org
The Chief Technologist of Slow Ways.
Previous article
Walking for River: a journey from Ipswich to Bristol
Walking

Blisters: too much information